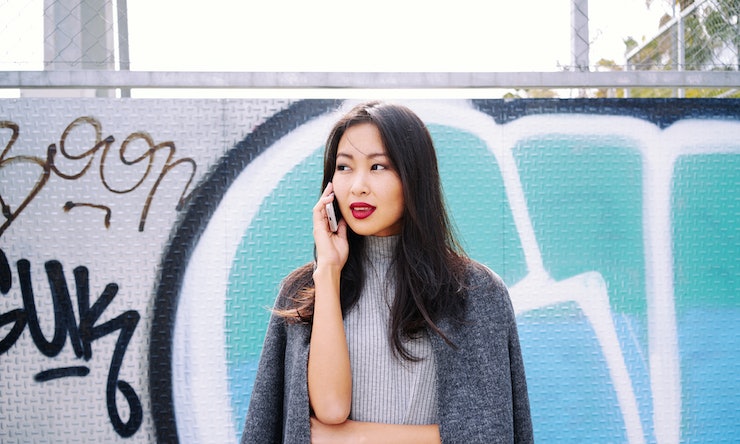 Often referred to as the “Odyssey Years,” a lot happens in your first, pivotal decade of being an adult. While at 20, you’re rosy-eyed and bushy-tailed, filled with excitement and promise of all that you’ll be and accomplish, by 29, you’re much more grounded and have a more relaxed approach to life. You figure out that while planning and saving are smart ideas, oftentimes, life throws you more than a curveball, but rather, a giant rocket ship right smack dab in the middle of everything you thought you knew.

One highly-talented (and uber inspiring) group of women to learn from are female entrepreneurs. As most of these leading ladies started their businessesin their 20s, or were working up the courage to stem out on their own, they went through a lot of trial and error, ebb and flow, and figuring out their place in life and in work. From not being secure in the unique talents, gifts, and beauty that you contribute to the world and the marketplace to exercising the powerful message of “No” — these female CEOs and founders have some carefully-articulated words of wisdom for women in their 20s. Here are the biggest mistakes 14 female entrepreneurs made in their early days:

1. Didn’t Have Enough Confidence In Who I Was

“The biggest mistake I made in my 20s was not having enough confidence in who I was. Rather than embracing and 100 percent trusting the things that made me different as strengths, I went back and forth in trying to change myself to fit into society and follow a traditional path. In the end, all the things that made me different were really tools that allowed me to start my own company, which has given me happiness, purpose and fulfillment.” -Avi Loren Fox, founder of Wild Mantle

“I recently came across the quote, ‘There is more to life than increasing its speed’ by Mahatma Gandhi. I wish I was willing to embrace this concept in my 20s. I thought it was normal to work 98-hour weeks; treat sleep as if it was a luxurious indulgence; and attempt to perfect every aspect of my life! I could have spent more time reading, traveling, and cultivating remarkable relationships with my peers.” –Shon Ramone Barnwell, founder of Shon Barnwell Events

3. Thought Things Would Just “Work Out”

“I used to be guilty of taking a super laissez-faire approach to problems: ‘Ehh, it’ll all work itself out.’ No. It doesn’t work itself out. That only happens when I backup my faith with my own action and effort. The faith is important but working in the wellness and yoga industry, I used to undervalue the action part and rely too heavily on the hope that I wouldn’t have to do anything to get the result I wanted. Lesson learned!” –Erin Motz, founder of Bad Yogi & The Perfect Body Yoga Program

4. Trying To Always Be Right

“The biggest mistake I made in my 20s was the importance I placed on being right. It’s not collaborative, and it’s pretty much a worthless currency. Being open to the opinions and insights that differ from my own has resulted in some of the most positive outcomes on my business and directly impacted the growth of my business to date. As I’ve experienced it over the years, you can be right or you can be successful.” –Ashley Ragovin, founder of Pour This

5. Cared Too Much About What Other People Thought

“Looking back on my 20s, the biggest mistake I made has to be being so concerned with what other people think of me. I exerted so much energy acting as a people pleaser or editing myself to be who I thought others wanted me to be, and the second that I let that go I was freed up to innovate, create, and focus on who I truly wanted to be and what I wanted out of my career and life. Plus, I think people are more drawn to me as a leader and person now because I am being totally authentic and genuine to who I am and most can sense and appreciate that.” –Kat Eckles, Co-Founder and Chief Visionary Officer of Clean Juice

“The biggest mistake I made in my 20s was viewing job interviews as a one-sided thing. I was hoping for every company to like me and want me for the role. I didn’t think that I should also be interviewing and looking into the job for cultural fit. Finding roles that you can excel in means that you are happy at the company and with your tasks. Take the time to figure out if the new role is truly a fit for you before accepting.” -Alice Lovell Rossiter founder of Alice’s Table

7. Didn’t Stand Up For Myself When I Was Being Disrespected

“In my mid-twenties I started working for a company and the boss was very mean. He didn’t show his employees any respect and he was very arrogant. I reacted to this by treating him the way he treated us. I showed him no respect and did not work very hard. After two months, I was fired. Two years later I started working for a different company and found myself in a very similar situation. Again, the boss was very mean and disrespectful but I learned from my past experience that two wrongs do not make right. This time I focused on what I could do and how I could act. Despite my boss’ behavior I still showed him respect and did my work very well and then like magic my boss’ behavior changed also and he started to be more respectful. I learned that I can control the situation with my own actions. –Anna Shi, owner, founder and CEO of Ever-Pretty

8. Took Meetings I Shouldn’t Have

“Since starting my business, I’ve restructured my time management skills by eliminating face-to-face meetings. ‘Having a meeting’ may sound and feel important, but if I don’t leave with funds or a signed contract, I wasted my time and gas, which is essentially my money. Have you ever met the CEO of your favorite soda brand? Yet, you still drink the product. It is nearly impossible to meet every person that claims they want to do business with you. If I meet someone, I have already qualified them — they can afford and are willing to pay for my service. Structure your time to render results.” –Sidnei Simone, MBA, CEO of Sid Simone Staffing

9. Was Afraid of Being Uncomfortable

“The biggest mistake I made in my 20s was being afraid to fail and make mistakes. I did what everyone else did, I was a corporate attorney and dated men who were good on paper but my life was safe rather than extraordinary. The most important insight I’ve gained as a founder and CEO is the realization that growth only ever comes from overcoming uncomfortable and scary situations. The more I practiced facing discomfort and taking actions to transform it the easier it became. I now try to play with things that stretch me as much as I can (this includes being open and vulnerable with people) and my life has never been so colorful, engaging, and fulfilling.” –Jean Z. Poh, founder of Swoonery

“The biggest mistake I made in my 20s was whenever I was feeling directionless or not sure about my path, I would move — and not just apartments or neighborhoods — I would move states! I moved from New York City to Austin, Texas and finally to Chicago — three cities within five years. On paper, these moves seem to make sense career-wise, there’s a linear path there that I can defend and rationalize. Yet, I know in my heart that the moves really were fear-based. I was unsure and confused and thought moving locations would be a quick fix — that I would find fulfillment merely in a city switch. Now that I am older, I have learned to sit with the discomfort and uncertainty and unpack that a bit before I hop towns. And happily, I don’t see myself moving anytime soon!” -Elizabeth Lane, founder of Quarterlane Book

“The biggest mistake I made in my 20s was underestimating my value. I had very strong work ethic and always felt because I didn’t have a formal education, that I needed to prove myself. I would do this by working incredibly long hours without taking any time off. I know now that it’s more impactful to work smarter and more efficiently, to do good work within business hours and to only work those extended hours when it’s absolutely necessary. Bosses respect a person’s time and efforts more when they see someone go the extra mile when up against a critical timeline, rather than always being the last to leave.” -Shane Evans, CEO of Massage Heights

12. Said “Yes” Without Really Thinking About It

“Agreeing to be a live sports commentator for the Beijing Olympic Games when I had never done live commentating before. Insane. (I was a live broadcaster, but sports commentary, that’s a whole ‘nother kettle of fish.) Lesson learned: You can do a lot of things on a wing and a prayer — international sports commentary on the fly for equestrian, soccer, high diving and wrestling, may not be one of them.” –Jennifer Eden, founder of Tampon Tribe

“A handful of my customers wanted to purchase custom-made apparel on credit and ask to pay layaway. They never paid me back. Some just tried to befriend me just to get something made free. I shouldn’t have agreed to those terms. Now all our clients are required to leave a deposit for custom pieces or pay in full. Lesson learned.” -Katherine Brown, founder of  Kaphmada Design

“The biggest mistake I made in my 20s was not taking proper vacations. I thought that the harder I worked, the better my business would be. What I didn’t realize was that while this was true to some extent, it was also important to take restorative vacations so that I could return to work recharged and work smarter, not just harder. And recently a friend of mine pointed out that my habit of thinking ‘Amazing, a vacation —  I can read like seven business books!’ probably meant that that time didn’t actually count as a vacation; now I completely unplug and return more productive.” -Jennifer Turliuk, founder of MakerKids

Next time you’re faced with a tough time, need a little dose of empowerment or just want to be in awe, take it from these 14 go-getters.